We have been waiting for news from Sony for the top-of-the-range 2021. These have finally arrived in the form of Sony Xperia 1 III, a device that follows the line of previous terminals and is quite different from the competition. We already predict that this is something other than a smartphone focused on being cheap or having the best.

Price-performance ratio, Sony has created a beast to convince the most demanding users to look for a powerful smartphone with the best screen and a single camera. 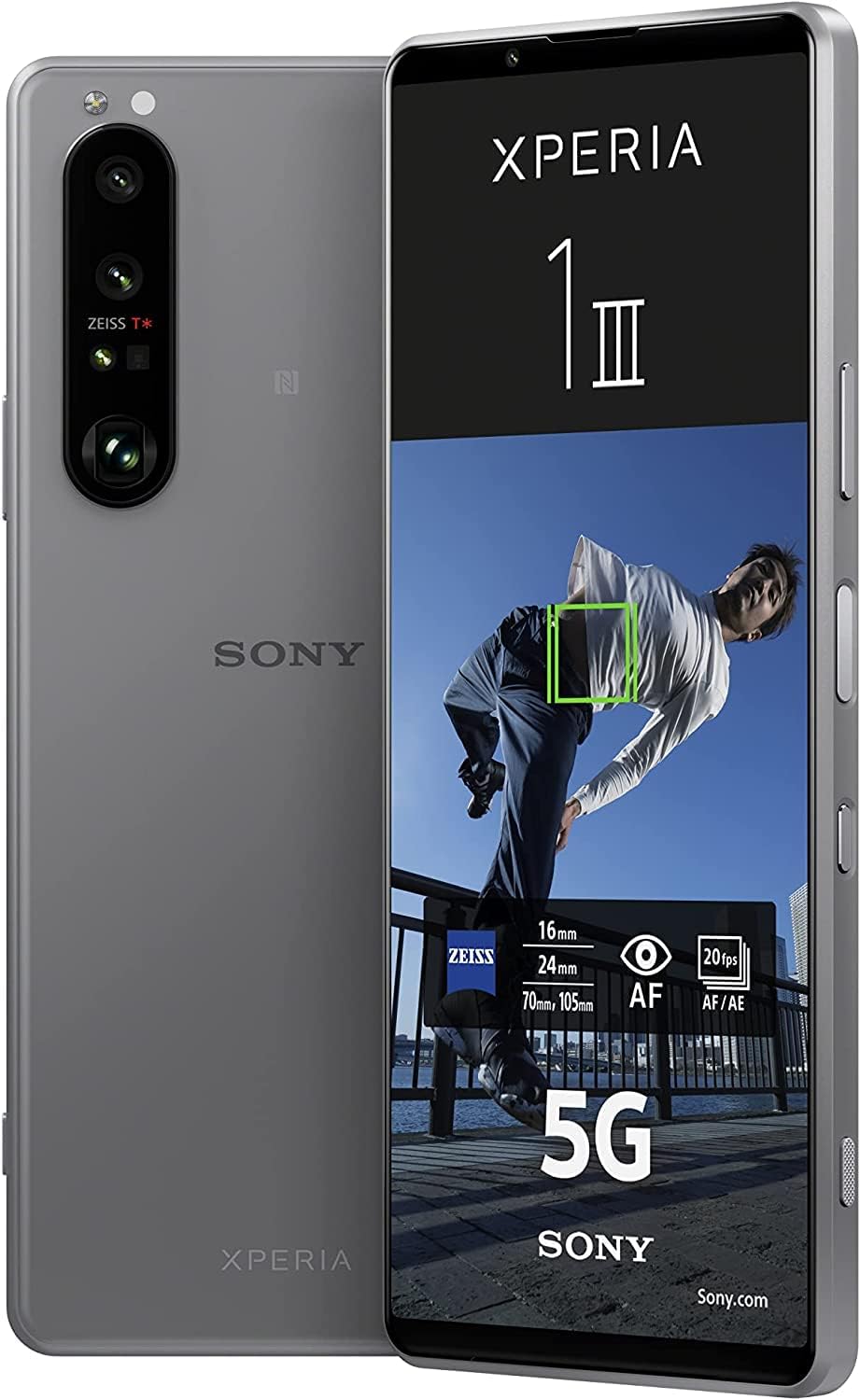 Its features decrease to a certain extent to reduce the price and make it a “non-pro” version of the Xperia 1 III. The screen is small and the resolution, your camera loses the iToF sensor, and the RAM is reduced to 8 GB. These are the details that change between the two devices. The ones we have not named remain:

The Sony Xperia 1 III design is one of the most curious on the market today, even if it does not surprise anyone. It follows the line we have seen for several years at Sony, reinforcing the popular flat frames with truncated edges and a robust appearance.

The facade does not change much, and we find another unique way to implement the front camera. There is no notch or holes on the screen; the selfie camera is on a traditional bezel and is thin, giving the screen a very interesting symmetry.

Sony has located the fingerprint sensor on the right side, which is something we don’t usually see in high-end devices. In addition to this detail, we can see that the Sony Xperia 1 III still opts for a 3.5 mm jack connection which this year has been strengthened and improved so that it has less distortion.

Features of the Sony Xperia 1 III

We are faced with a terminal with interesting news focused on the multimedia section. Beyond having the best processor of the moment and 5G connectivity, Sony has bet very strongly on a 4K HDR display with a 120Hz refresh rate. This is one of the wonders of this device, although you have to remember that its format is a bit longer than normal.

The Sony Xperia 1 III focuses on the camera to leave us sensors apparently with little MP, but with a quality that might surprise. Highlights the telephoto sensor because it is the only one on the current market capable of switching positions and offering two different real optical zooms. This could rank this camera among the best for portrait shooting and zoom photography.

Terminal loudspeakers are 40% more powerful, the panels are calibrated one by one on the production line, and it is one of the few devices that stand out from the competition. We can say that Sony took care of this smartphone and created it for the most demanding users. Of course, with a price that can be disconcerting.

Sony Xperia 1 III prices and availability now is the bad news for him Sony Xperia 1 III. The company announced the release of the device’s summer sale of 2021. If the terminal is sold in July or August, it means that at that time, you will have to wait about 3 or 4 months.

Sony is still determined to follow this strategy of advertising on a date and selling several months later. It could have worked better for him as expectations are lost, and users buy other devices due to the wait time.

Sony also took the opportunity to launch the Sony Xperia 5 III. It is a smartphone that follows the same line of components and loses some functionality along the way. Its design changes slightly to offer polished and rounded metal frames.

Its features decrease to a certain extent to reduce the price and make it a “non-pro” version of the Xperia 1 III. The screen is small and the resolution, your camera loses the iToF sensor, and the RAM is reduced to 8 GB. These are the details that change between the two devices. The ones we have not named remain:

Details like processor, camera sensors, or battery remain compared to the Xperia 1 III. What Sony did with its Xperia 5 III is to reduce its size, provide a lower-quality screen and remove some details.

We also don’t know the price, so we’ll have to wait and see if it’s worth buying or if it’s better to go with the older sibling and have it all.