Monthly cable and satellite bills keep going up, but thanks to new technology and a host of streaming services, there are plenty of alternatives to cable TV.

Deciding if cutting the cord is right for you

It may seem obvious, but you really want to make sure that cutting the cord is right for you before you take the plunge. If you change your mind, the new contracts and activation fees are going to be very expensive.

Before you decide to cut the cord, you’ll need to find out how much your cable or satellite bill is. If you’re already thinking of cutting the cord, presumably it’s already much higher than you’d like. Looking at your bill total will give you something to compare to the other costs you’ll accumulate after adding any of the options below. Of course, the goal is to make sure you’re actually saving money.

If watching live TV is important to you, there are several options available to you, and more and more are appearing all the time . You have the option of installing an antenna or subscribing to a streaming service that includes a live TV option. If you choose the latter option, you’ll need to find a way to access it, whether it’s through your TV, streaming device, set- top box , or game console.

Watch local stations with an antenna 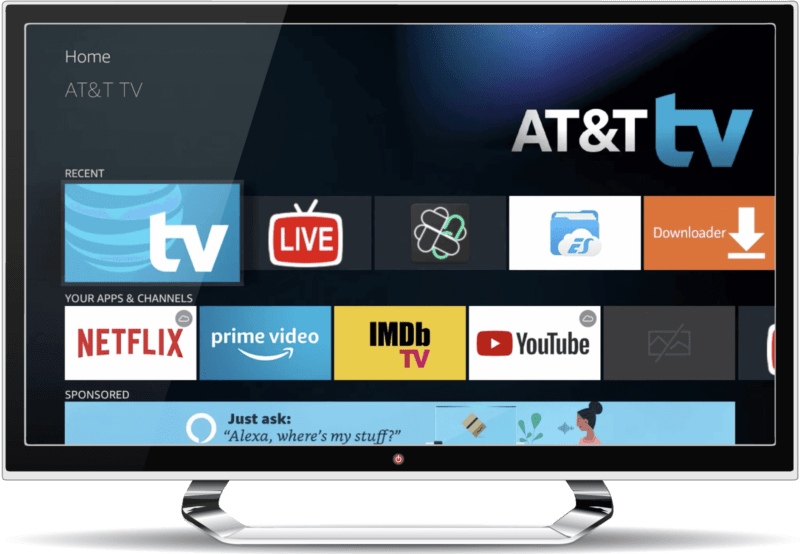 The cheapest way to continue receiving live local stations is to connect an antenna. Antennas, once a thing of the past, are now all the rage and new technology has made them work better than the bunny ears you remember.

All those network stations can be seen for free, you just have to buy a good antenna and follow the instructions to connect it. Keep in mind that the channels you get with an antenna are going to depend on what’s available in your local area.

Even if you have live TV, you may not want to watch your shows while they’re live, and you don’t have to. There are DVRs in all price ranges that can record your live TV shows.

Hulu has a subscription option available called Hulu + Live TV. You will be able to watch live TV channels in your area, live sports, live news, children’s content and access to its library of streaming content.

The cost is €64.99/month which includes a cloud DVR and unlimited screens. You can also add a subscription to premium networks like HBO, Cinemax, Showtime and STARZ.

With Sling TV, you can watch live TV with no contracts and a choice of three different packages ranging from $30 to $45 with the ability to add mini packages for comedy, sports, kids, news, lifestyle, premium channels (STARZ , Showtime, etc.) and international stations.

Sling TV is available on a wide range of devices including TV and video players, phones and tablets, game consoles, and computers. They use a cloud DVR, which means you can record your shows and watch them anytime.

All of those options mean you can choose the channels you really want and stop paying for the ones you never finish watching. There is a free trial for Sling TV that allows you to try it out for 7 days.

HBO and Cinemax are included in the Max plan, along with over 60 channels, and you can add additional Showtime or B dollars each. The Plus plan includes more than 45 channels.

You can use a variety of devices and browsers to access AT&T TV NOW, including Chromecast, Roku, and Apple TV. There is also a Cloud DVR option available in the Plus package or higher.

There is also the option of YouTube TV, which allows you to watch live streaming television from dozens of networks such as ABC, CBS, FOX, NBC, CNN, HGTV and other cable channels. It also has a cloud DVR with no storage limits.

YouTube TV has a free trial available, after which you will be charged month-to-month at $64.99. You can add Showtime, STARZ, CuriosityStream, NBA League Pass, AMC Premiere, Shudder, Sundance Now, HBO Max, Hallmark Movies Now and other networks for an additional price.

You can use YouTube TV on almost all devices.

Another option to cut the cable that you can consider is Philo. There’s live and on-demand TV, over 60 channels, unlimited recording, and no contract for $20 a month. You can add Epix and STARZ for an additional $6 and $9, respectively, per month.

Philo can be used on the web, your Apple TV, iOS or Android device , Roku, and other devices. Stream from three devices at the same time and support up to 10 profiles per account.

This live TV streaming service is free for two days, or seven if billing information is added.

fuboTV is another option to watch live TV over the Internet without a traditional cable service. It comes with 30 hours of free cloud DVR space and 3-day replays for most games and TV shows.

There are three main plans to choose from: Family, Elite, and fubo Latino, which cost €64.

The Family plan comes with 100+ channels and lets you watch from three screens at once and record 250 hours of video, while the Elite plan supports 150+ channels, 1,000 hours of cloud DVR storage, five streams Simultaneous and other extras.

Plugins are available, so you can increase your DVR space, include more simulcasts, and get extra channels like Showtime, AMC Premiere and extra news, sports, etc.

You can try fuboTV for free for seven days. See the channel lineup page for details of what you’ll get. The service works across multiple devices.

Watch network TV and premium channels without a cable plan

If you don’t want to miss out on network TV, you have quite a few options. You also don’t have to wait ages to get the shows you want; many of them are available a few days after they are issued and sometimes even immediately.

You’ll also want to explore where you can stream TV shows for free, like on Crackle, Tubi, and Pluto TV.

You can visit some of the network’s websites to catch up on your favorite shows. All of them have certain limitations and you will have to watch the ads. You can watch full episodes of shows from FOX, NBC, ABC, CBS, The CW, and PBS.

If you’re a big fan of CBS shows, CBS All Access brings you over 10,000 full episodes, live TV, and some original shows.

If you don’t want to lose your premium cable channels when you cut the cord, you don’t have to. HBO, Showtime, and STARZ have their own separate subscription services that you can subscribe to without having a cable or satellite contract.

HBO costs $14.99 per month with ad- free HBO programming , including its original programming and movies. There’s a 7-day free trial and it works on many devices.

Streaming services are hugely popular with cord cutters, and it’s no surprise. They have tons of content including TV shows along with movies. In addition to the picks below, you can check out our list of the best streaming apps and services.

Before you sign up for a streaming service, you’ll want to make sure you have something to stream it with. Visit each service that interests you and make sure you have the device, or don’t mind investing in a device, that will allow you to access the titles.

If you are really interested in streaming movies, first check out this list of the best places to stream free movies online. You’ll also want to know the details on how to share passwords for streaming services, which can also save you some money.

There is also the option to rent DVDs of your favorite movies and TV shows, with the library being a great place to start as you can get your rentals for free. There are also ways to get free Redbox codes, and you can consider a Netflix DVD subscription, which has plans available for $7.99-$14.99 per month.

Netflix is ​​by far the most popular streaming service available right now. You can choose from three plans that cost between $8.99 and $17.99, with different options for HD content and the number of screens that can watch Netflix at the same time.

All Netflix plans have a 1-month free trial.

Hulu is another popular streaming service that has a huge library of movies, TV shows, and original content. It costs $5.99 per month, or $64.99 per month if you want the Live TV option.

Hulu add-ons include STARZ, Showtime, Cinemax, and HBO. If you opt for the Live TV plan, you can add other features like enhanced Cloud DVR, unlimited screens, and an entertainment add-on.

Hulu’s cheapest plan (and its ad-free version) has a 1-month free trial, and Hulu With Live TV is free for the first seven days.

Prime Video can be purchased for just €8.99/month.

Vudu gives you more flexibility than other streaming services because there is no subscription plan; You only pay for the movies and TV shows you want to buy or rent. Prices range from $1.99 to $19.95.

You can also use Vudu 100% free of charge as there are many free movies available for streaming.

Vudu is like other on-demand movie and TV rental/purchase services. Google has a similar service in Google Play Movies & TV. Some other examples are YouTube Movies & Shows and the Microsoft Store.

Watch sports without a cable plan

Cutting the cord can be tough for sports fans if nothing compares to the variety of local and national sports you’ll get with your cable or satellite subscription, but you do have a few options.

Setting up an antenna for your local stations will give you access to local games that are broadcast in your area on the networks, so this is a great option for those.

Almost every major sports channel also has a streaming subscription offer that you can take advantage of. Keep in mind that these can be very expensive and if you want several of them, it may be cheaper to stick with your cable subscription.